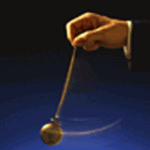 What do you think of hypnosis? Might you be surprised to hear that hypnosis has been accepted by the American Psychological Association? And that there is recent research that strongly supports the so-called trance stare? Hypnosis has a fascinating and controversial history but today it deserves some respect. Still, it’s not a cure-all. Take a trip with me through the history of this fascinating topic on The Psych Files.

It is clear that the main interest of film and television is in hypnosis as absolute control over others. This obviously plays to popular fears and fantasies…[the purpose of film] is to entertain and itâ€™s not entirely realistic on any subject. But the distortion and vilification of hypnosis go far beyond that of other psychological phenomena…In trying to discourage false beliefs about hypnosis â€” discounting stage hypnosis, past life and alien abduction phenomena â€” we may, at times, veer too far toward making hypnosis sound boring. Information on actual dramatic developments within the field and descriptions of how enjoyable and fascinating the experience of hypnosis can be may be more effective at combating false images than is relentless debunking. – Dierdre Barrett, Hypnosis in Film and Television (2006)