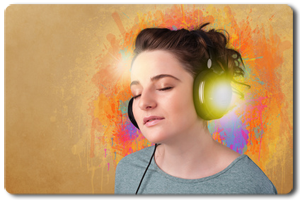 Why are some songs popular? Guess what – psychologists actually know a lot of the answers. In this episode we’ll listen to excerpts from Leonard Cohen’s song Hallelujah, as well as Noisestorm’s Ignite, Adele’s Someone Like You, the Enterprise Theme from Star Trek, and even two pieces of music from the motion picture Koyaanisqatsi. We’ll especially deconstruct Leonard Cohen’s “Hallelujah” to figure out why it is such a popular song. Many thanks to musician extraordinaire – Steve Kessler.

Music Featured in this Episode

9 Comments on “Ep 229: What Makes a Song Popular? How We Detect Melody”